According to an enclosure map of 1815, for land holdings in Hutton Conyers, Melmerby and Rainton, a Thomas Stevenson was a freeholder in Rainton that year. Little more is known about the family until 1851 when the first census return was introduced.

In 1851, Peter Stevenson (son of Thomas) a farmer, aged 52, who had been born in Rainton, was a resident in the village, together with his wife Hannah Stevenson (formerly Williamson) also aged 52.

Married at the Collegiate church; Ripon in August 1831, the couple had 6 children in total; Peter, Ann, Mary, Thomas, Jane Abbay and Eliza.

In 1851 Peter Stevenson and his family must have been prosperous - farming 250 acres, employing 12 males and 8 female farm labourers and having five servants resident in their household.

Ten years later, the 1861 census showed that the Stevenson's had increased the size of their farm which then amounted to 627 acres. By this date 17 men and 4 boys were employed on the land. The household had 2 maids and 4 man servants.

Peter Stevenson, as his forebears before him, spent his life in agriculture. He was acclaimed as a pioneer of scientific farming techniques.

On the 22nd April 1871, the Stevenson farming interests had expanded again - increasing to 650 acres. Peter Stevenson had died and his son; Peter inherited the freehold of 46 acres, 2 rods and 34 perches of land which he sold to the Marquis of Ripon, in 1874 for £4,850. Peter Stevenson Jnr. continued to farm this land subject to a tenancy agreement with the Marquis.

By 1881 Peter was farming 850 acres, had taken a wife; Annie and they were resident at Brakehill Farm. Peter's sisters - Jane & Eliza, both still unmarried were resident at Grange Farm. The sisters being reliant on dividend payments from railway companies for their income.

In his time Peter Stevenson Jnr was known to keep a close and watchful eye on his workforce. Prior to mechanisation he owned a number of grey horses which were put to the plough. In order to supervise his workers, Peter had an observation point installed in the roof of his farmhouse at Brakehill. The structure, which had four glass sides, gave a clear and uninterrupted view over his land, where he could see whether or not his workers were properly engaged in their labours. 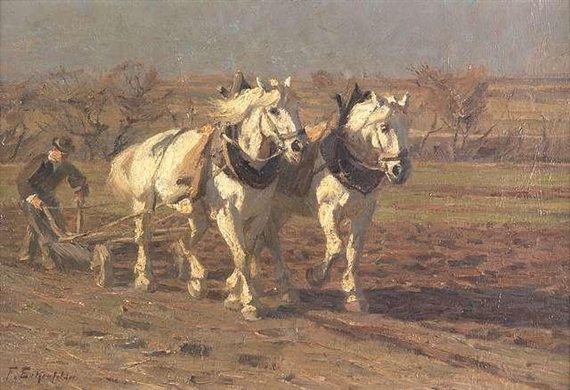 The family played an important part in the life and development of Rainton, they had been the major employer - farming at Brakehill, Grange Farm and Manor House up until 1887.

Having risen to being the most prominent farmer of his day Peter Stevenson left Rainton in 1887 following a dispute between him and the Marquis of Ripon's agent, to begin farming in Leicestershire.

The Leeds Mercury newspaper reports 11th April 1887 of a presentation being made to Peter Stevenson in a crowded infant school room, who being well known to the agricultural community of Yorkshire and especially of the North Riding on the event of him leaving to reside in the English Midlands.

The recipient was popular not only as a, breeder of shorthorns and high-class stock but one who felt and manifested a deep interest in the advancement of agriculture, whilst his practical knowledge axed his friendly disposition and bearing caused him to be held in high esteem by those who had the pleasure of his aquaintance. Mr. Stevenson's friends therefore decided that he should not leave the village without carrying with him some token of their appreciation, and presented him with a handsome clock of the value of £40. The clock bore the inscription "Presented to Peter Stevenson Esq, on his leaving Rainton, as a token of the great esteem and affection in which he is held by his friends and neighbours."

Mr Mitchell, of Topclliffe occupying the chair and after expressing his pleasure at taking part in the proceedings, commented on the loss the district would sustain by Mr Stevenson's removal from it. He then called upon Mr. Blakeborough to read the address, and the committee to present the clock. Mr Stevenson returned thanks and the proceedings were characterised by enthusiasm.

Methodism was introduced to Rainton prior to 1796, when in that year there were 26 Methodist societies on the Ripon circuit with Rainton being one and having 17 members.

Mr John Wesley, the founder of Methodism, passed through the area and it is recorded that he preached on Sunday 4th June 1780 in Staveley and Boroughbridge. Members of the local society at that time included a Mr William Stevenson.

Religion played an important part of the Stevenson's life. Mrs Hannah Stevenson, wife of Peter Stevenson Senior laid the foundation stone on the 29th October 1868, for the Methodist Chapel as we see it today, on land donated by the Marquis of Ripon. Mrs Stevenson was presented with a silver plated trowel to mark and commemorate the occasion.

Still residing in Rainton, in March of 1881, Miss Jane Stevenson & Miss Eliza Stevenson were elected as Treasurer and Secretary respectively to a committee introduced to oversee the building of a Sunday School room at the rear of the Chapel. The task of raising funds, to pay for the building, was energetically organised by the Stevenson sisters. 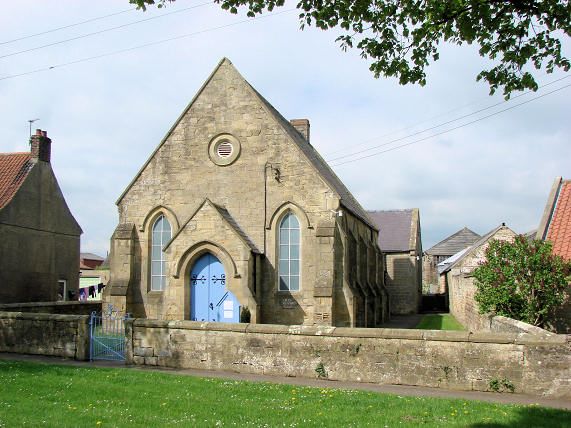 The foundation stone for the Sunday School room was laid by Dr Thomas Stevenson of London, brother of Misses Stevenson on the 22nd July 1881, using the same silver plated trowel his mother used 13 years earlier. Misses Stevenson laid the corner stones placing on each of them £5 in memory of their mother, who for nearly 50 years was a supporter of Methodism in Rainton.

Rev. Kent laid the fourth stone on behalf of several kind friends in Ripon. After tea, taken by relays in the vestry, a public meeting was held in the chapel. Dr Stevenson and in an interesting address spoke of the benefits to be derived from early Methodist training, though he was now a Churchman. The Revs. Kent, Lowry and Stout gave addresses on Sunday schools and Bands of Hope and a happy day ended without misadventure.

The new Sunday School room was opened 5 months later, in December with a weekend of celebrations.

Sir Thomas Stevenson, born in Rainton 14 April 1838 was the 2nd son of Peter Stevenson Snr and Hannah, who was the daughter of Robert Williamson, a banker and coach maker of Ripon.

Stevenson was educated privately and returned to Rainton where he studied scientific farming methods with his father before becoming an apprentice to a Bradford doctor & starting his medical studies at Guy’s Hospital in 1859. It was at Guy’s Hospital where he excelled in forensic sciences, passing his exams with high distinction, obtaining 1st prize of £40 and the Treasurers gold medal at the termination of his 3rd summer session.

Among the high-profile cases that made Stevenson’s name was the Pimlico mystery. Adelaide Blanche Bartlett was accused of murdering her wealthy older greengrocer husband, Thomas Bartlett with a large quantity of chloroform.

The question was “whodunit?” A fatal quantity of chloroform was found in Mr Bartlett's stomach, despite having not caused any damage to his throat or windpipe, and no evidence of how it got there.

Under tests, Thomas Stevenson discovered that there was no presence of chloroform in Bartlett’s windpipe. This, he said, suggested that Bartlett could have drank the poison himself, as it would have been rapidly consumed. Stevenson stated, “The difficulty of pouring the poison down the throat of an unconscious person would make him fear pouring it down the windpipe.”

Crowds packed out the courtroom when the jury returned to court after considering its verdict. The foreman said: “although we think grave suspicion is attached to the prisoner, we do not think there is sufficient evidence to show how or by whom the chloroform was administered.” Based partly on Thomas Stevenson’s evidence, Adelaide was cleared. 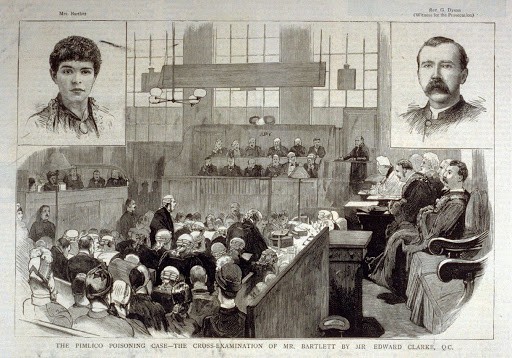 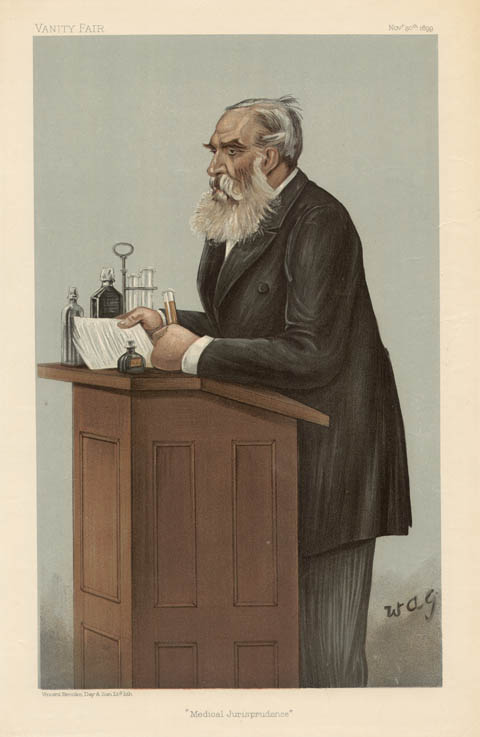 In his private life Sir Thomas Stevenson was a devout churchman, a student of the Bible, a supporter of medical missions, and an advocate of higher education for women. Sir Thomas married in 1867 Agnes, daughter of George Maberly, solicitor, of London, and had two sons and five daughters.

Thomas Stevenson was knighted in 1904, and died four years later of diabetes at his home in Streatham High Road. His obituary was reported in the British Medical Journal. He is buried at West Norwood Cemetery.

What became of the other members of the Stevenson family?

The 1891 census shows Miss Jane Abbay Stevenson remained living in Rainton, she was resident at The Dower House aged 51 years old with 2 servants. Jane's death, aged 63 years, in 1904 ended the Stevenson's connection with Rainton which had spanned for more than three centuries. She is buried in Baldersby St James churchyard.

Little, if anything is known about Mary or Ann Stevenson.  Mary married Thomas Wright Esq of Ripon on the 14th August 1821

Eliza left Rainton to live in Paris and was certainly residing in France in 1908 when upon her death of her brother; Sir Thomas Stevenson, she was offered the commemorative trowel used by the family to lay the foundation stones of the Methodist Chapel and Sunday School Room. Eliza declined and the trowel was sent to the Trustees of the Chapel by Sir Thomas's family.

In a letter, written from Paris, Eliza wrote "As it has been sent back to Rainton ... I think it is best for it to stay there .... I am sure it will be valued at Rainton as a memento of the Stevenson's, and some day I hope to add my mother's bible. The old days in the village will occupy a warm place in my heart as long as it beats"

Stevenson family in the 21st Century

Officially opened on the 30th September 2009 by the Mayor of Harrogate; Cllr Mrs Pat Jones, Stevenson View is a terrace of stone built properties named after the Stevenson family.

"It was pleasing for me, whilst Chairman of the Parish Council, to get my suggestion for the affordable houses to be named after the Stevenson family"  Mr David Cornmell 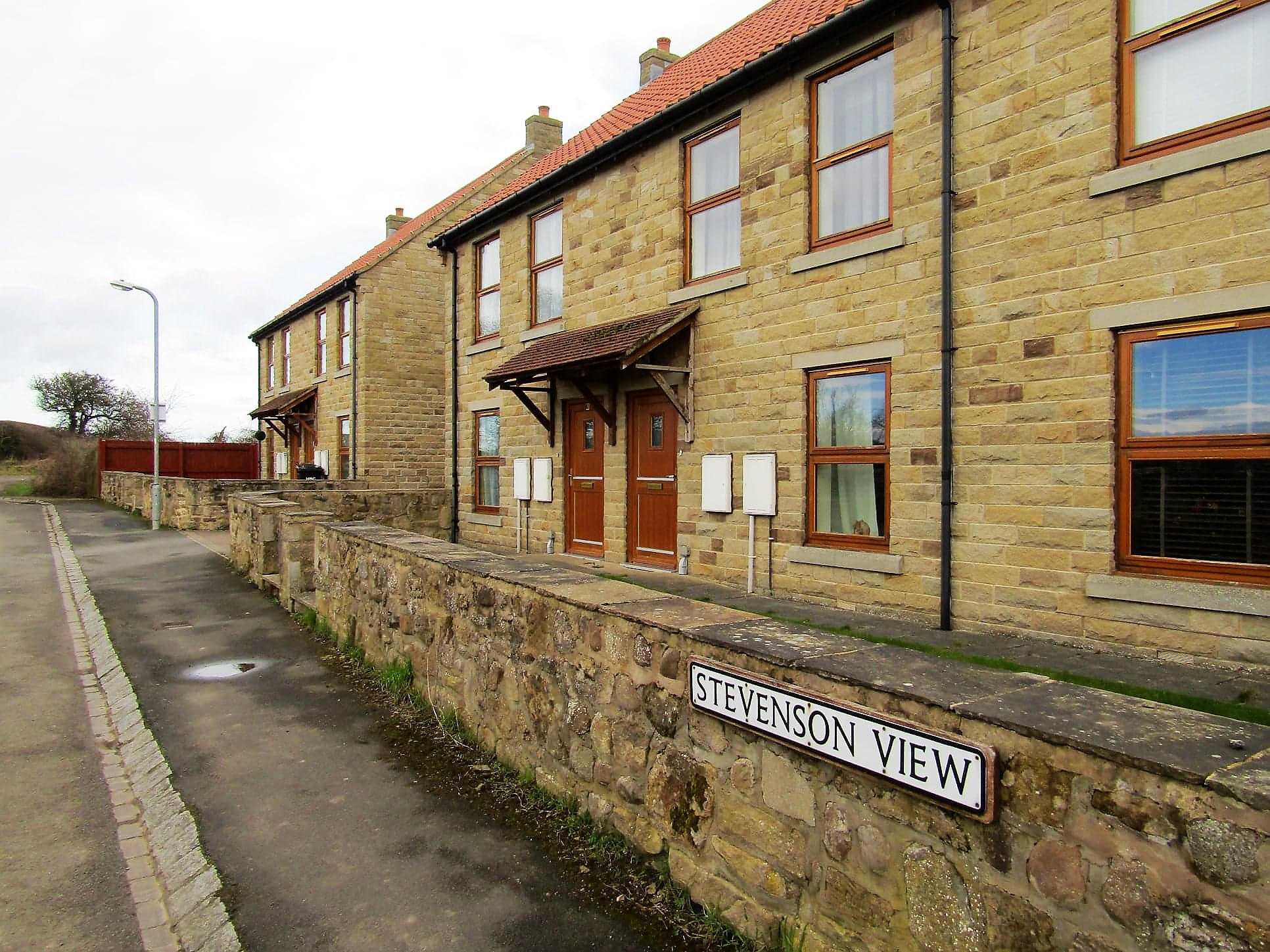